What a Difference a Torch Makes – Lighting Scotland 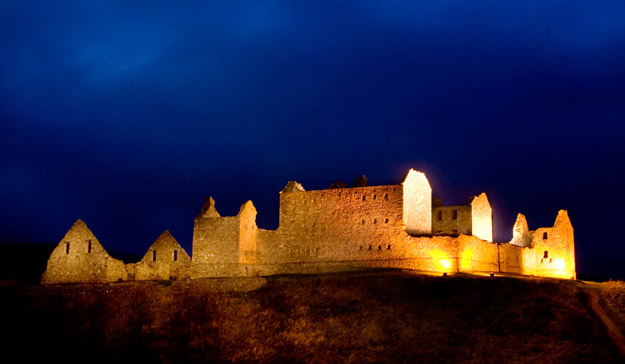 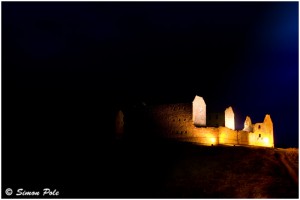 This was shot approximately 12 hours after my first attempt, previous post, this time at dusk as the light was falling, the barracks are floodlit but only on one end, which doesn’t make for much interest and only a small portion actually lit. Also with little light in the sky due to the short exposure. 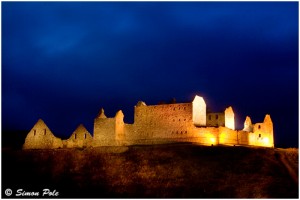 Ruthven Barracks floodlit plus torchlight
Far from a perfect outcome, but still a significant improvement over the non torch version, exposure increased to allow time to torch light the remainder of the ruin and to get some light in the sky.
The main problem really was getting some over exposure from the floodlit end, within the time I had to torchlight, it was unavoidable to some extent, some over excessive glow and halo on the right side and a enough sky detail for a little asthetics.

The distance from torch to ruin, approximately 400m is a little too far for great effect, but not bad for a second attempt, maybe I will have another go and see if I can improve it some time.
Ruthven Barracks info on Undiscovered Scotland.