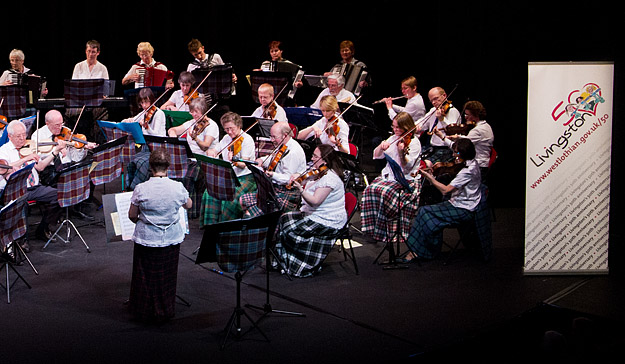 As part of the Livingston, West Lothian 50 Year Birthday celebrations, a Fiddle Rally with The Livingston Fiddlers who were formed in 1979,  performed with guest musicians from Edinburgh and surrounding areas to play a Live Concert at Howden Park Centre. On April 14th 2012. I was asked by local photographer Tom Gilland who plays for The Livingston Fiddlers if I would go along to take some photographs of the event, great as we photographers can be, we still can’t be in two places at once, so I went along, this is just one of the shots from the event, which was pretty much packed out.