On Location with Chrissie Red 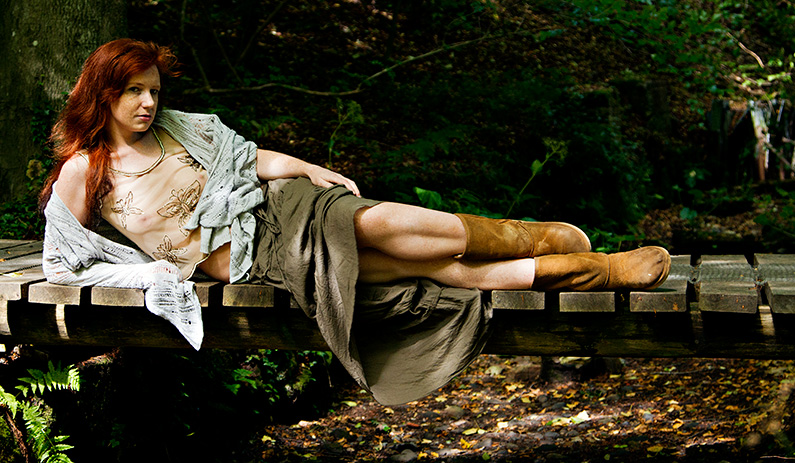 Shooting on Location with Chrissie Red

I recently met up with Chrissie when she made a brief visit to my area, we had not seen one another for some time, so it was good just to catch up and get a few photos in the process.

After meeting up with Chrissie at South Queensferry with Rory, who was off to play football, we headed off to a location I had used in the past, Roslin Glenn near Roswell, Mid Lothian, on arrival we found that due to all the rain there had been some landslips and the path was apparently “closed” undeterred we investigated further to find that the fallen trees has a path cut through them. 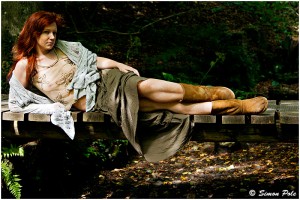 We  proceeded to the bottom where there is an old ruin and small footbridge, as luck would have it this time, there was some nice light coming through the trees, so we took that opportunity to do some casual test shots along with the usual banter. 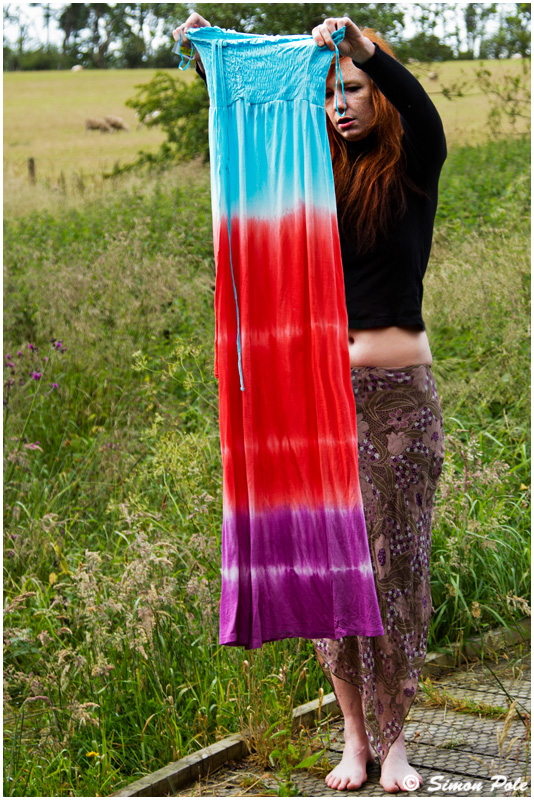 After an hour or so, we decided to go and look at another location and Chrissie suggested that we should give Stuart a call and see if he was free for an hour or so to join us, so we met up with him at Bavelaw nature reserve near Balerno, where there are some interesting woodland boardwalks, the usual banter and then some “what about this one”, kind of chats before moving on to actually shooting something. 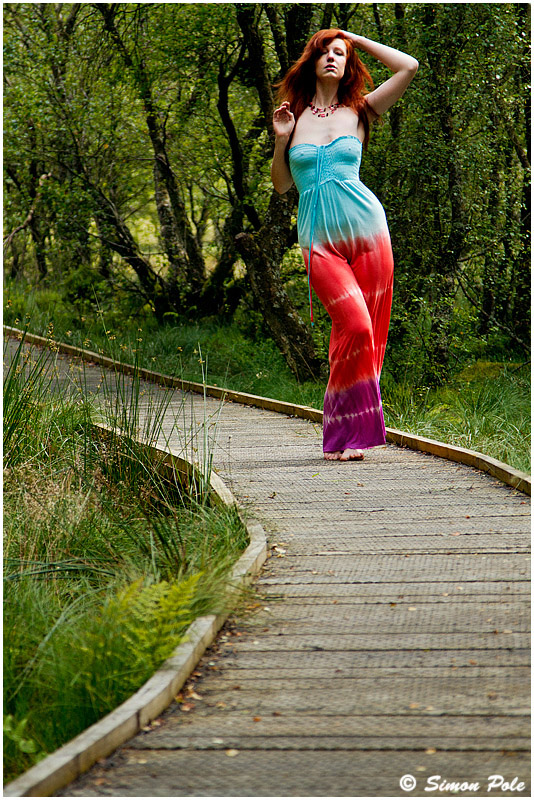 This was one of the shots that we made using the curve of the boardwalk to aid in the compositional aspect of the image. Shot in natural available light, as are all images in this post.

A monochrome  image from the shoot can be seen in the People and portrait gallery shooting through trees to a distant section of the boardwalk.